Our castle in Southern Styria 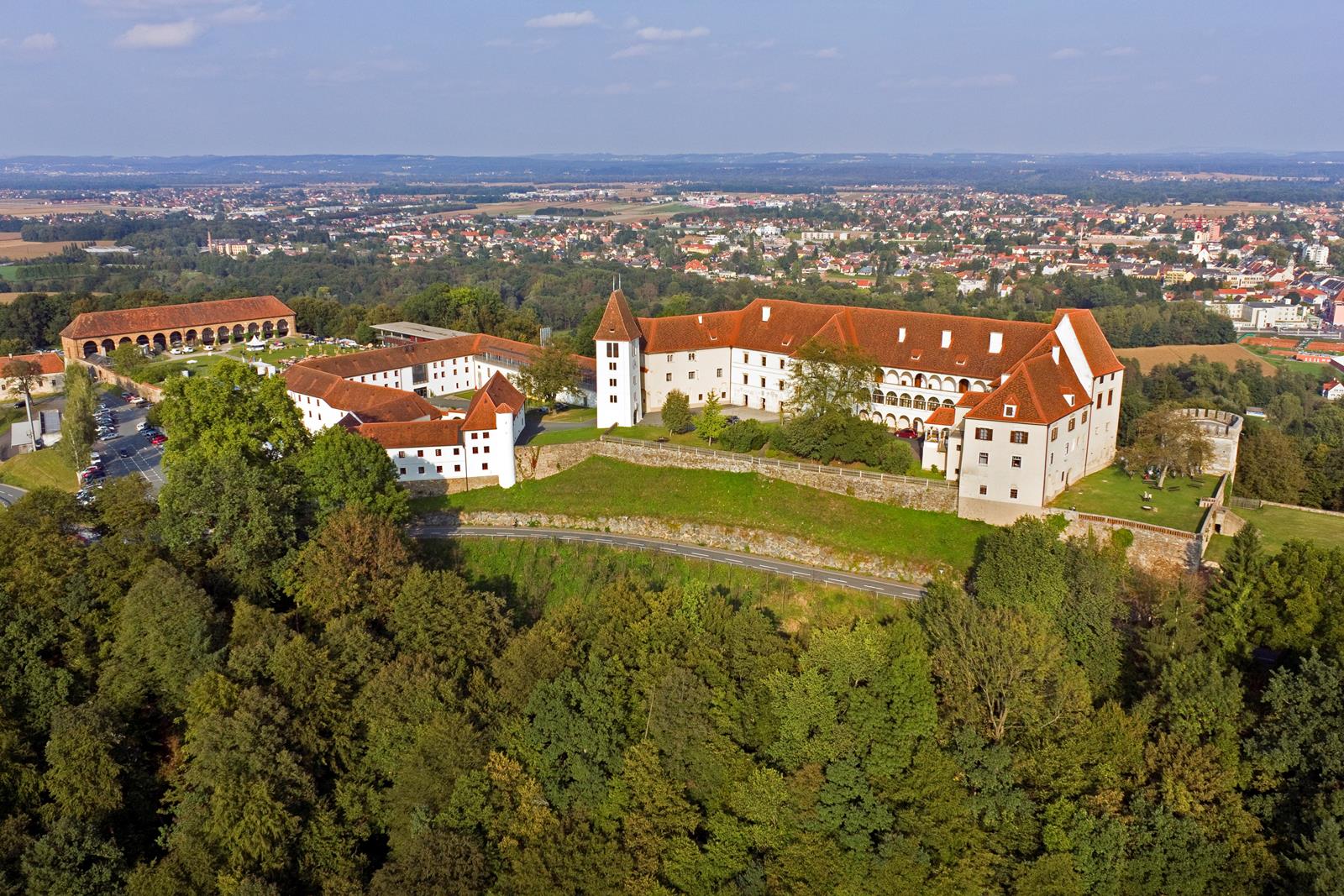 Schloss Seggau is nestled in the scenic beauty of southern Styria, visible from afar on a wooded hill above the district town of Leibnitz. In the course of its almost 1000-year history, it has repeatedly changed its shape, form and also function, growing into a popular holiday resort and the largest seminar and conference centre in southern Styria.

THE HISTORY OF SCHLOSS SEGGAU

The history of the area surrounding the castle goes back to the time of the Celts and Romans, as is impressively attested by the “lapidarium”, a wall with Roman stones found during demolition work at the beginning of the 19th century. The upper castle was built by the Salzburg archbishops in the 12th century as a missionary and administrative bastion. In 1218, Salzburg Archbishop Eberhard II founded the diocese of Seckau and made Schloss Seggau the episcopal seat of the Styrian bishops.

Over time three castles developed side by side: Burg Leibnitz (Leibnitz Castle) (owned by the Archbishops of Salzburg), the Castle of the Bishops of Seckau and Schloss Polheim (Polheim Castle), a seat of Salzburg ministerials, situated somewhat lower down. The castles were not besieged by the Ottomans during the Turkish Wars after the devastation in the Hungarian War of 1479. 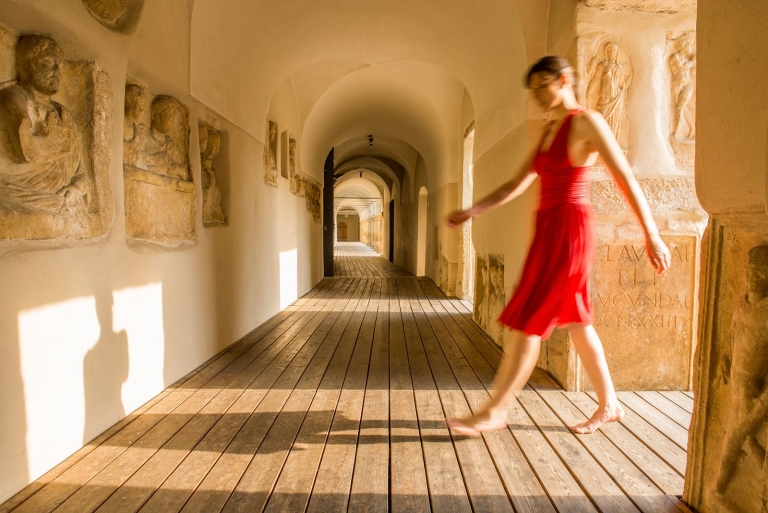 In 1595, under Salzburg Archbishop Wolf Dietrich von Raitenau, all three castles came into the possession of the diocese of Seckau. Under the then Bishop Martin Brenner, Burg Leibnitz was joined to the Castle of the Bishops of Seckau. The castle received its present appearance under Bishop Johann Ernst Count of Thun in the second half of the 17th century. The baroqueisation of the castle chapel from the 14th century and the construction of the impressive “Fürstenzimmer” (Regency Rooms) on the first floor also date from this period. As the Prince-Bishop’s representative rooms, they are a true jewel of art with their completely preserved baroque furnishings. 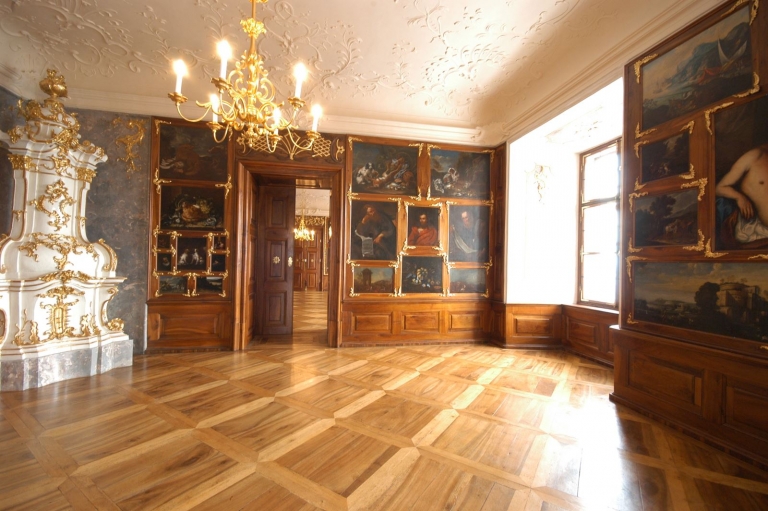 Since the Baroque period, the large Episcopal Wine Cellar has formed the northern end of the castle grounds. It was built in 1693 – 1697 as a fortified bastion wall in front of the former garden parquetry and carries a 13-arched loggia as a superstructure, which was designed as a baroque orangery. The Episcopal Wine Cellar, covered with magnificent wooden barrels, is one of the oldest in the world and largest in Europe. Today, it hosts guided tours, wine presentations, tastings and festivities for various occasions. The wines of the Episcopal Wine Cellar Seggau essentially comprise all South Styrian varieties and are among the best in the country. 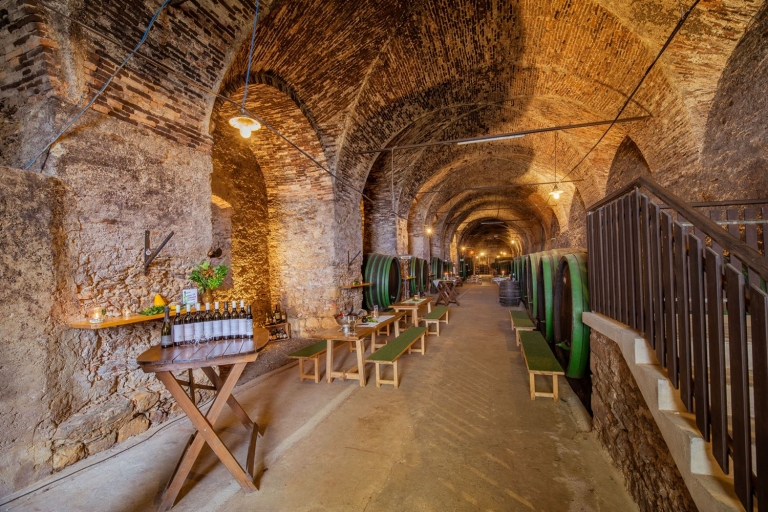 The “Seggauer Liesl”, the largest historical bell in Styria, was cast in 1688 in the upper courtyard of Schloss Seggau and is now located in the south-facing bastion tower of the castle complex. It is rung by hand every Sunday and church holiday at noon by four strong men. Schloss Seggau was the episcopal seat until 1786 and the summer residence of the bishops until the 20th century. The name of the castle, whose current spelling dates from the 19th century, is also derived from the Upper Styrian monastery of Seckau. 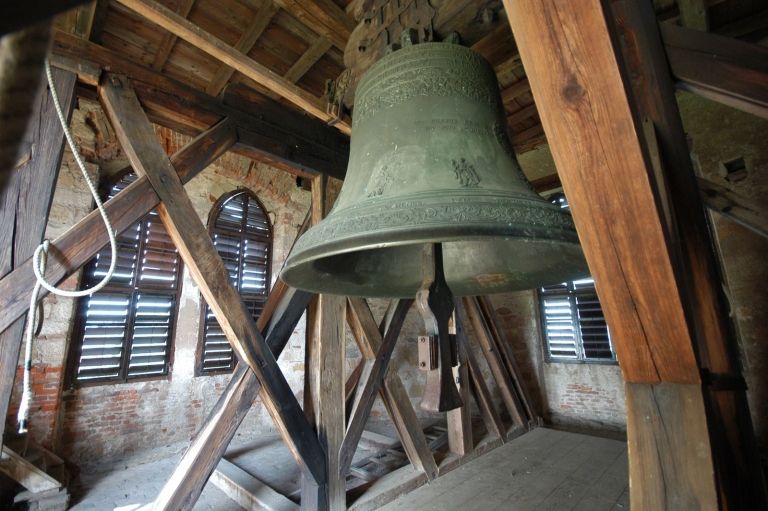 In the mid-1950s, the former stables and farm buildings of Schloss Seggau were converted into an ecclesiastical house of education under Bishop Dr Josef Schoiswohl. The castle was used as such for many years mainly for inner-church educational events. At the beginning of the 1990s, under Bishop Dr Johann Weber and subsequently under Bishop Dr Egon Kapellari, its conversion into a modern congress, conference and seminar centre began. First, the conference area was renovated according to plans by the architect Konrad Frey. Today it comprises a “Congress Hall”, the “Styria Hall” and three other smaller seminar rooms. In addition, it is equipped with a large reception area and a spacious foyer with a terrace. 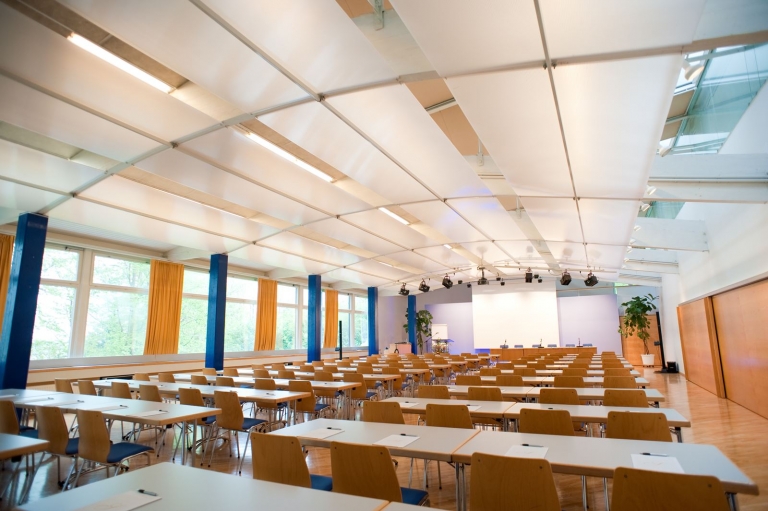 From 1997 onwards, the accommodation area in the castle hotel was also renovated, and the majority of the hotel rooms were brought up to 4-star standard. The dining hall was connected to the old facility as a new building according to plans by Ernst Giselbrecht. Our “SchlossCafé” with a wonderful terrace was created in the ancient vaults. Another three conference rooms, several rooms and the modern St. Michael’s Chapel with a cross by Alexander Silveri, concrete stained glass windows by Alfred Wickenburg and a painting by Gerald Brettschuh, were built in the so-called “Brenner Wing”. Finally, further seminar and exhibition rooms were adapted in the upper castle. These extensive construction measures were completed in 2002. 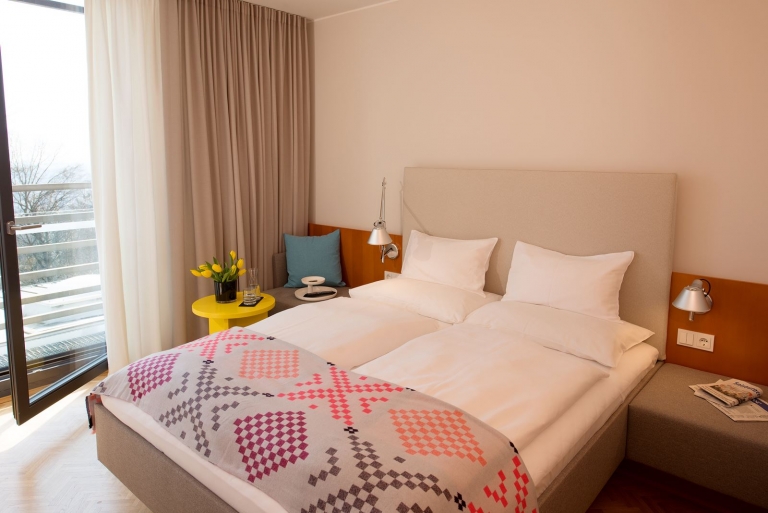 In autumn/winter 2008/09, the last stage of construction took place, with the refurbishing of the remaining old rooms in the so-called “East Wing”. In 2014 we gave our dining room a new flair and our “SchlossCafé” was transformed into the restaurant “Castle Tavern”. Our smaller dining room 2 received a major renovation in 2020 and now shines in its new, modern splendour. 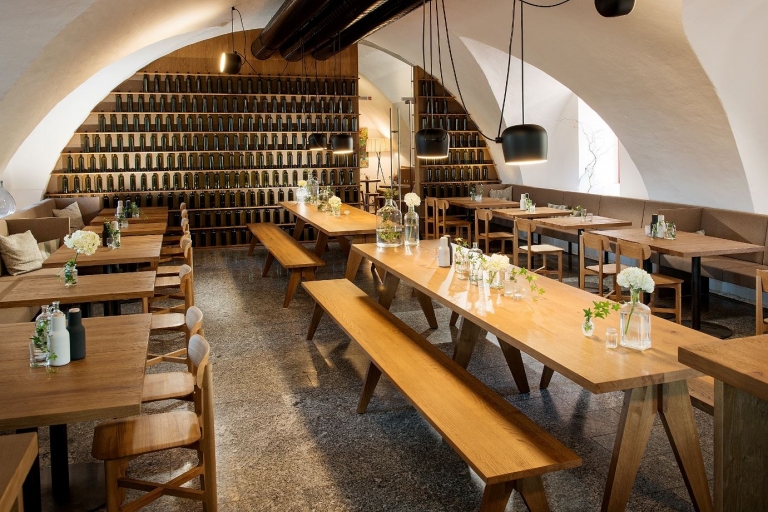